Posted on November 20, 2015 by rogerinorlando 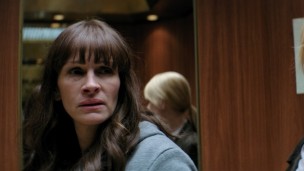 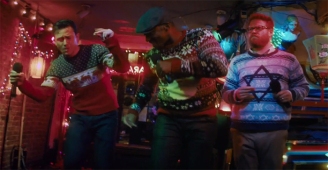 But a few fangirls/boys and a couple of pandering newspaper critics worried about annoying the mob costing them their jobs endorsed it. So there you go. And good riddance to this one.

It occurred to me how much more young adult fiction there is today than there was when I was a kid. But the formulaic sci-fi Maze Runner/Giver/Hunger/Insurgent slop that dominates the genre, just based on the movies, makes one long for the return of an appreciation for the works of S.E. Hinton.

Seth Rogen and his “Interview” crew have baked up a stoner holiday comedy, “The Night Before.” And if you don’t giggle and grin at the bulk of it, or fall on the floor howling at Michael Shannon’s sage weed dealer turn, then forget you.

Mixed reviews for this one, in the same positive territory that “Mockingjay” sits. Comedy being totally subjective, that’s perfectly understandable.

“Secret in their Eyes” is a remake of a better Argentinian film. Still, Billy Ray’s met many of the challenges of Americanizing this twisty tale of the obsessive search for a killer and getting justice. Julia Roberts is great, Chiwetel Ejiofor not bad, Nicole Kidman and Alfred Molina sharp. Too melodramatic, and the reviews reflect that clumsiness.

“Spotlight” goes into wider release this weekend. It’s one of the best pictures of the year, everybody says so. Oscar nominations for…Ruffalo and Keaton? I could see that.