Critical Mass: Reviewers go for “Nightcrawler,” not “Horns” or “Before I Go to Sleep”

Posted on October 31, 2014 by rogerinorlando 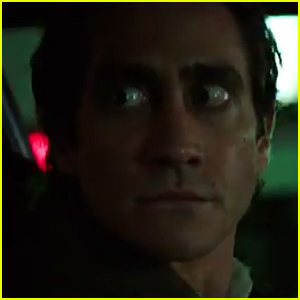 “Nightcrawler” has Jake Gyllenhaal as an amoral thief and sociopath  (Aspergerger’s, maybe a little?) who takes up freelance TV news crime and crash videography, and makes his mark in it. Feels a little dated in terms of its media savvy, but Dan Gilroy’s film has a marvelously icky vibe and Jake G. gives maybe his best ever performance in it. Great reviews greet the arrival of “Nightcrawler.”

“Horns” has Daniel Radcliffe continuing to go his own way as a movie star, picking this quirky dark comedy about murder, guilt and redemption as he plays a boyfriend whose girlfriend’s death has been pinned on him. He starts to grow horns, because that’s the way his community treats him. Heavy handed and way too long to sustain that light comic intent, I liked this more than the consensus of critics. They panned it. Me, not so much.

“Before I Go to Sleep” has my review as an outlier as well. It’s a compact thriller about an amnesiac (Nicole Kidman) who cannot decide who is telling the truth about her past — her husband (Colin Firth) or some shady sneak who says he’s her doctor (Mark Strong). Not as tricky as it needed to be, but that cast ensures that this is a real actor’s showcase. Marvelous performances, chilling.

“ABCs of Death 2” is another compendium of horror shorts directed by 26 or so little proven filmmakers. Damned if it isn’t better than the first compilation — the jokes land, the surprises shock. I’m not the only one who says so, either.

“Hit by Lightning” is Jon Cryer playing another lovesick loser, this one being lured into killing some gorgeous Frenchwoman’s husband. Yeah, I know. Everybody hated it.

“Missionary” is a good looking and smartly conceived thriller about a Mormon missionary lured into a sexual relationship with an older woman he ministers to, a relationship that turns stalker and deadly. Bad reviews, mostly, for this limited release, including mine.  But apparently, the Village Voice reviewer, in the absence of door-to-door encounters with Mormons, is all on board with the film’s Mormon-bashing subtext.