“The Story of Film” — a history of cinema course, on Netflix Streaming

Posted on January 7, 2013 by rogerinorlando

I’ve had my share of film classes, seen more than my share of History of Film documentaries, own a pretty generous collection of history of film books, but I cannot recall ever seeing the first-ever “closeup” in a movie, the first uses of parallel structure editing.

It has been years and years since I’ve seen Japanese silent films, or the silent Danish witch movie “Haxan” that gave its name to Haxan Films, the folks who made “The Blair Witch Project.”

This 15 episode British series, narrated by writer/historian Mark Cousins, has all that and more, a detailed alternative to the quick summary histories of film that lean too heavily on D.W. Griffith, “the Studio System” and the like. It’s a cosmopolitan film history, ranging from Brazil to pre-WWII China, encapsulating every important innovator and innovation in cinema language in between.

It’s mesmerizing, filled with visits to the graves of filmmakers, with snippets of interviews, with modern day shots of the famous locations that are in such films at “L’Atalante” and “Saboteur.”

Great stuff for a movie buff, a real fill-in-the-blanks (not complete films, mind you, just snippets that remind you, “Oh yeah, OZU”) film lover’s guide to the evolution of the language of screen images. Now on Netflix Streaming. 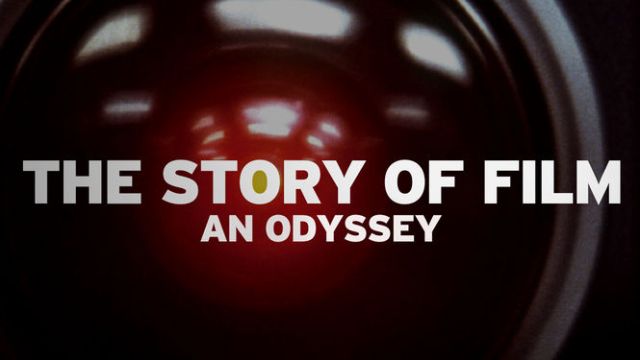