Posted on January 2, 2013 by rogerinorlando

It’s been thirty years since Alfred Hitchcock died, and more than fifty years since his most famous film — “Psycho.” So while his name, reputation and image remain in the public consciousness, generations have grown up not knowing much more than that about him.

And if casual film fans don’t know Alfred well, they certainly know even less about his wife, Alma Reville. His one-time boss, his editor, confidante and sounding board, Alma steps into the spotlight in the glamorous form of Dame Helen Mirren in “Hitchcock,” the new film about Hitch (Sir Anthony Hopkins) and the making of “Psycho.”

“She’s not been forgotten by those who study Hitchcock intently,” Mirren says. “But the general public never knew of her role in his work, his career. They didn’t know her enough to make her the ‘forgotten heroine’ of his career.”

Stephen Rebello, in his book, “Alfred Hitchcock and the Making of ‘Psycho,'” calls her “the exacting Mrs. Hitchcock,” the first person Alfred had to impress and please with any film idea, the sharp-eyed editor who spied Janet Leigh taking a “gulp” when she was supposed to be dead in the shower scene in “Psycho.”

“She worked side by side with him for his whole career,” says screenwriter John J,. McLaughlin (“Black Swan”), who used Rebello’s book as the basis for the “Hitchcock” script. “It’s very common in this business to, if you have a spouse, you run your work or work you plan to do by them. You let them read the script before it goes out, you ask them questions as you’re editing. You want their feedback.”

Mirren, 67 and married to a famous filmmaker (Taylor Hackford) herself, knew “nothing of Alma’s importance to his creative process. Hitchcock undoubtedly was that brilliant auteur-ish filmmaker everyone says he was. But it would be interesting, don’t you think, to see what Hitchcock’s movies would have been like WITHOUT Alma. They might still have been wonderful, but certainly they wouldn’t have been quite as tight and smart as they were.”

McLaughlin can’t recall ever “seeing this sort of creative relationship before” on the screen. But Mirren can.

“I played Sofia Tolstoy (in ‘The Last Station’) and even in that art form, where the novelist is a singular voice, you can see that he benefited from that editor, that consistent editing voice who keeps the artist on message. Sofia did for for Leo and was incredibly influencial on his work And again, she’s been written out of history, like Alma.”

McLaughlin built Alma’s role up in the script for “Hitchcock” once Mirren was floated as a possible co-star, “and you’ve got to give someone of her stature something interesting to play.” Though the film takes liberties with Hitchcock’s battle with the flu during the filming of ‘Psycho’ and puts Alma on the set, directing in his stead, and invents a possible romantic dalliance of her own to match her husband’s fetishizing his blonde leading ladies, McLaughlin didn’t have to invent much to put the director’s “toughest audience” front and center in the film. And the relationship he captures can’t have been an easy one in real life.

“If I was a director, and I was constantly working with beautiful women, I think I know how my wife would respond — ‘Maybe you should do a film with an ugly little old man,'” McLaughlin laughs. “But Alma let him do his thing, even if it was hard for her to be two-steps back, out of the limelight. That’s to her credit, and why she deserves credit, too.”

A muse, Mirren says, “is person outside who inspires you. Alma was this hands-on partner in the work, an editor. Having done two films with women as the editors behind great men, I think that women, plainly, make very good editors — film editors and book editors. And since the success of a book or a film often comes down to judicial editing, that’s another endorsement.”

Mirren met the real Alfred Hitchcock back when he was casting one of his last films, “Frenzy,” a brief audition that did not go well thanks to Hitch’s pre-conceived casting notions and what Mirren describes as her young “arrogant and ignorant” attitudes about who constituted a great director – Fellini, Bertolucci, et al.

f the film sends people out to rent “Psycho” to try and recall what all the fuss was about with this ground-breaking/censorship shattering horror film was about, that’s to be expected, McLaughlin says. And if Mirren’s performance in it sends film buffs back to their Hitchcock libraries, maybe to re-read this biography or that one, that’s a good thing, too — Mirren adds.

“An awful lot of film critics ought to know more about Alma, I think. ” 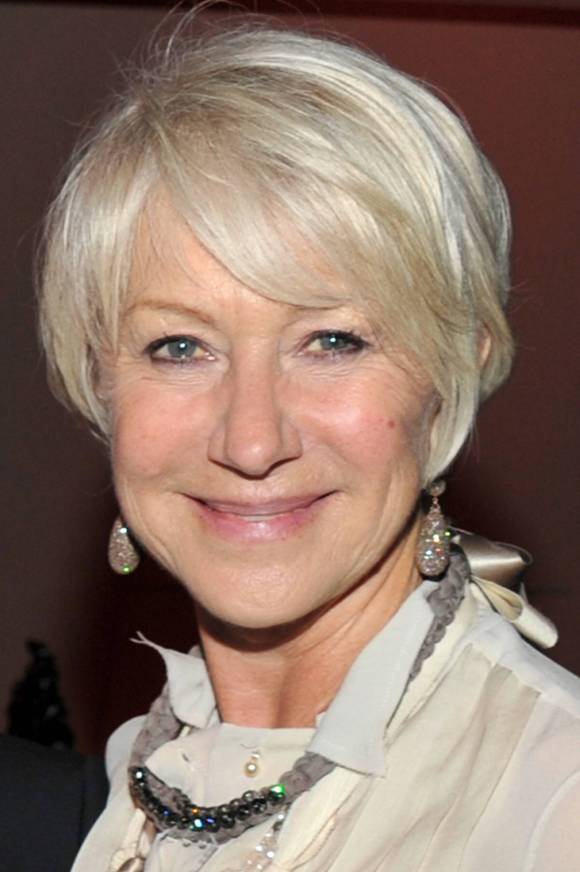