And why? What would he do?

“It’s those eyes,” she giggles. “You could lost in those eyes. Or be terrified of them. He’s well

cast in those roles where he’s meant to scare you half to death as a baddie. Oh yes! “

Murphy, 36, is the Irish actor who first came to fame in Danny Boyle’s zombie virus movie, “28 Days Later.” In the years since, he memorably menaced Rachel McAdams in “Red Eye,” turned up as Scarecrow, a non-starter villain’s role in “The Dark Knight” movies, and made a mark in films as diverse as “Inception,” “The Girl with the Pearl Earring” and “The Wind That Shakes the Barley.”

So he’s not copping to this “He’s a scary fellow” thing.

“I don’t get sent bad guys, only,” he says. “But there’s a difference between the huge American films that reach the world, and the smaller films back in Ireland or the UK, where I never find myself playing villains.” 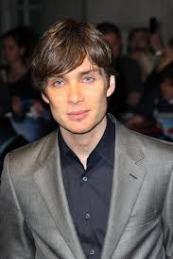 It was Murphy’s “duality” that director Rodrigo Cortes was looking for when he cast Murphy in “Red Lights,” a new thriller that pairs Murphy up with Sigourney Weaver and Elizabeth Olsen as scientists trying to unmask a famous, cunning and ruthless psychic (Robert DeNiro).

“Cillian is the only actor in the world who can turn a horror film into a romantic comedy, or a comedy into a thriller, in just the blink of an eye,” Cortes says. “He has both natures. He can be so eager and interested, like a Boy Scout, which is what his character seems to be in the first half of my film, happy to be in the shadow of Sigourney Weaver’s characters. Or he can be so disturbing, seemingly obsessed.

Murphy was taken by the film’s surprises, the weighty subjects it wrestles with.

“I don’t know why we have this 21st century need to believe that we don’t have all the answers,” he says. “Religion isn’t as important in life, so maybe that’s why we cling to the hope that there’s amazing people, powers, that we don’t understand. Yet. People love the unexplained. People attach a great amount of importance to ‘coincidence.’

“And Tom [his character] gives equal credence to both sides of this debate. He doesn’t ridicule or point fingers, unlike his mentor [played by Weaver]. Any belief that becomes fanatical or dogmatic can be your undoing.”

Both director — Cortes previously did the Ryan Reynolds man-in-a-coffin thriller “Buried” — and star describe themselves as “skeptics” on the broad range of things from the paranormal to the supernatural.

“I am completely and boringly rational. None of this stuff for me,” Murphy says. “Any extrasensory power would be such a burden. I’ve played these super-intelligent characters in a couple of movies, and it always hits me what a bother that would be. People wandering around with these massive intellects, which means they see so much that we don’t. They look at things in so many other ways that you’d have to figure that is a torment that they’re living with.

“I’m so involved in the ‘now’ that the idea of knowing the future is just too much. Who’d want to know?”