Movie Review: Broadbent shimmers at the center of “The Sense of an Ending” 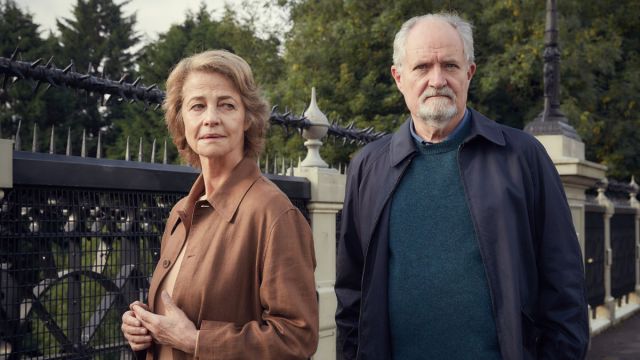 It doesn’t help “The Sense of an Ending” when we see that ending from a mile off.

It is a mystery, after all, meant to maintain a certain level of suspense, promising a surprise.

But it’s not a fatal flaw in this often captivating “character study “that lives up to that description. Characters are studied, and their character is judged — misjudged at first and second glance.

Tony Webster is semi-retired, a divorced self-absorbed semi-grump who runs an antique camera shop and barely tolerates the customers who waste his time.

He gets on well enough with his lawyer ex-wife (Harriet Walker), and is sort-of present in the life of their pregnant daughter (Michelle Dockery of “Downton Abbey”), who is about to embark on single-motherhood.

But a letter from his past upends his equilibrium. It’s from the late mother (Emily Mortimer) of a girlfriend of his youth. It hints at affairs of the past, unresolved relationships and a tragedy. And it is supposed to come with the diary of a college pal. Only that long-ago girlfriend refuses to surrender what her mother bequeathed Tony.

Something about all this “memento of long ago” has Tony agitated — in that mild-mannered, insistent English way. His ex-wife is curious. So he starts relating the story of his past, the old girlfriend (Freya Mavor), the old chum (Joe Alwyn), letting drips and drops of it come out, filtered by time, filled by false clues, augmented by flashbacks.

Director Ritesh Batra lets us see images of a tub, a line of razor blades, and blood. There are flirtations, a memorable weekend with the girlfriend’s family, examples of the cleverness and sensitivity of that friend in school, memories of their teacher (Matthew Goode). Batra doesn’t so much give away the mystery as spoon-feed the clues, weighting the real with the false equally, hoping we don’t guess and get ahead of her. Which we do. 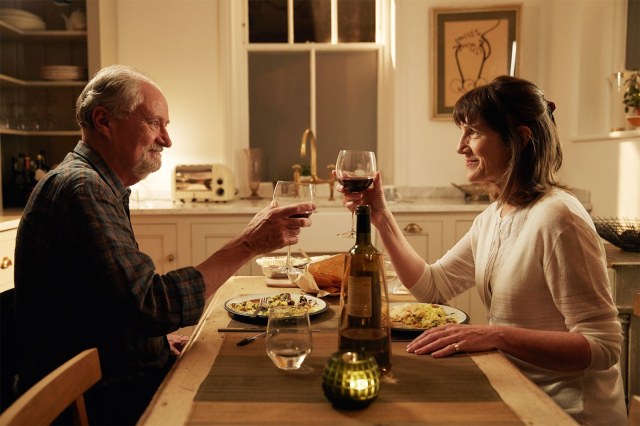 Walker makes a properly curious and cagey foil for Broadbent. What is Tony not telling his ex? Is he a reliable witness?

Charlotte Rampling gives an icy old age to Veronica, the aloof and dismissive girlfriend of long ago. And Dockery manages to turn a set-dressing supporting role into something slightly meatier.

But it is Broadbent, who refuses to make Tony broad or easy to read, who holds the floor, here. He suggests the self-righteousness memory affords us, perhaps protecting us from some unpleasant memory or cruel truth about ourselves we’d rather forget. It’s a performance of light shadings, hidden motives, injury and guilt.

He’s as marvelous as he always is in playing it.

And even though this “ending” is a lot less surprising than it must have been on the pages of Julian Barnes’ novel, Broadbent humanizes the mystery and makes us care long past the point where we’ve solved it.