Kimmel was a wash, so who gets the next shot at hosting the Oscars?

The debacle at the end of the 89th Academy Awards telecast tended to overshadow the obvious — that the show didn’t draw, that the Academy’s (and ABC TV’s) on-and-off experiment with putting TV chat show hosts in charge of the movie industry’s biggest night didn’t work all that well, that there’s a reason Jimmy Kimmel is losing the Late Night Wars, and giving him his biggest audience ever didn’t help.

Will ABC strong-arm the Academy to give Son of Letterman a second shot? Aside from his running Matt Damon feud gag and a few other choice zingers, he didn’t have much to offer. Especially in terms of audience. So maybe not.

The Hollywood Reporter throws Kate McKinnon, Damon and Affleck and others out there as potential hosts. I like an off-the-wall suggestion from the comments made on this piece, Dwayne “The Rock” Johnson. He’s SNL tested, funny, charming, and a movie star. He’s “diversity” personified. Why not?

That’s too off-the-wall/outside-the-box for Hollywood, though. So where is the smart money going?

Our friends at Sports Betting Dime are wagering that Kevin Spacey will get the nod. He’s a 9-2 favorite.

Trevor Dueck at Sports Betting Dime gives Johnson (paired up with Kevin Hart–OK) an 11-1 shot, which is cool. 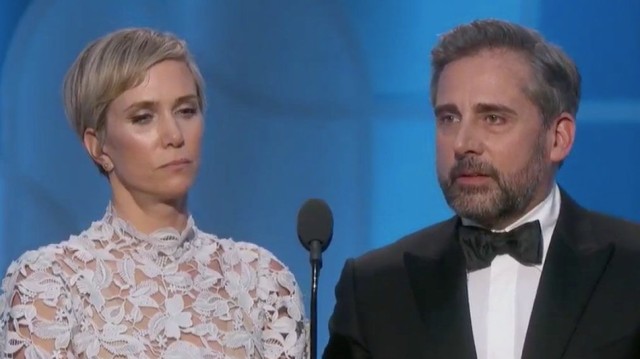 Ellen DeGeneres is the leading contender, among TV folk worth considering. She’s been the best hostess in recent years, and there are 12-1 odds she’ll be asked back.

Hugh Jackman? Wrong year for him, with “Wolverine/Logan” far in his rear-view mirror by next winter. McKinnon is a 50-1 long-shot, Dueck says.