Movie Review: “The Legend of Tarzan” is the original “Planet of the (digital) Apes” 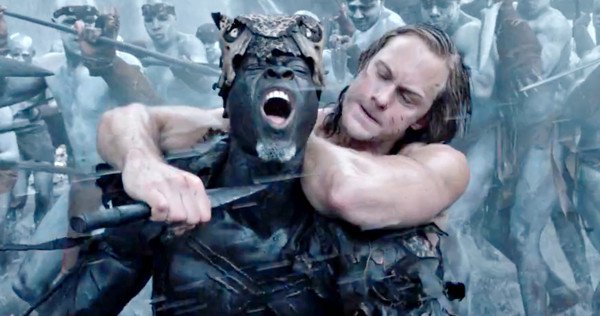 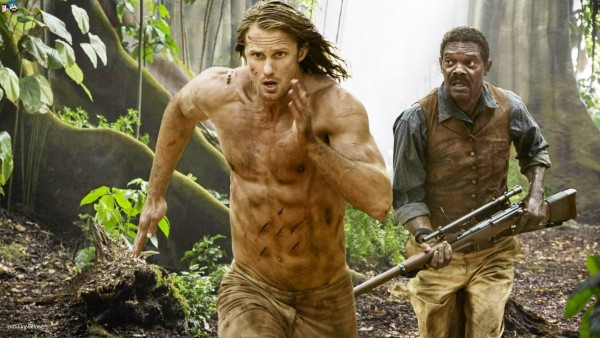 The Ape Man goes into the “Heart of Darkness” in this generation’s version of “The Legend of Tarzan.” Which is an interesting place to park a story and a character fraught with the potential for racist/imperialist undertones from the moment Edgar Rice Burroughs conceived him.

So while we still get the man raised by gorillas, we still get the “talks to the animals” stuff, the vine-swinging and the famous yell, this version of the legend is politically correct, as well as the usual patronizing and preposterous.

He fights animals without killing them. He is beloved by Africa and almost all the Africans we meet. And he saves the continent from a European menace.

We meet Lord Greystoke in London, where he’s lived with wife Jane (Margot Robbie) for years. He still has his jungle heritage, and the knuckles and hands of a man who grew up running on all-fours. He’s needed back in Africa. King Leopold of Belgium has closed off the Congo to the world and is committing unspeakable atrocities in the name of harvesting the riches (ivory, minerals) there.

But an American envoy and Civil War survivor (Samuel L. Jackson) convinces the once-and-future Tarzan to join him for a fact-finding mission. Jane is most enthusiastic of all, even though she’s not invited.

King Leopold’s Henchman in Africa, played by Christoph Waltz (of course), is determined to snatch the legendary Tarzan and deliver him to an ancient enemy (Djimon Hounsou). And if he has to snatch Jane to get to Tarzan, so be it.

It’s a seriously old-fashioned jungle action picture, with white colonials brutally mistreating simple natives, a long journey up river (both borrowed from Joseph Conrad) and jungle creatures fought, understood and summoned like the cavalry in every B-Western in movie history. Flashbacks tells us the over-familiar story of how Tarzan came to be raised by apes, and how he met Jane.

Harry Potter assembly line veteran David Yates shot this in the muted (3D) colors of memory and old movies. The result is a dreamy, other-worldly picture, but one that even in scenes that capture a bit of Africa, looks fake.

Bringing in Craig Brewer (“Blacksnake Moan,” “Hustle & Flow”) to co-write the script gives the movie a little cover from tumbling into attitudes easily regarded as racist today. But the effect tends to neuter Tarzan. He can’t have a fight with an African and admit he has a genuine beef with the guy.

Skarsgard makes for a lithe and limber Ape Man. He makes you wait for him to take off his shirt. Even shirtless, he’s entirely too bland to make much of an impact.

Jackson treats his comic sidekick role as if he’s in a PG-13 rated Tarantino movie — sarcasm, anachronistic wisecracks, self-consciously cool with a lot of gunplay and a little profanity.  He has fun and he does his damnedest to animate the movie.

Robbie is a modern liberated American woman with runway experience shoved into a tale of 19th century Jungle Love.

The result is a “Legend” that feels inoffensively modern, or at least less offensive than it could have been.

It’s too violent to be the kids’ movie it wants to be. And it isn’t up to the challenge of giving adult audiences something meatier to chew on, despite the novel Belgian Congo genocide backdrop.

You can’t make a bold statement or exciting action picture when every frame is filled with fear — of offending someone, of upsetting animal rights activists, of giving the audience a Tarzan they won’t recognize, of failure.

MPAA Rating:PG-13 for sequences of action and violence, some sensuality and brief rude dialogue

3 Responses to Movie Review: “The Legend of Tarzan” is the original “Planet of the (digital) Apes”