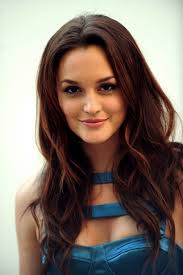 A marriage, a Broadway debut, a couple of steps up the ladder in her movie career and a well-received pop album — it’s been “a pretty good year,” for Leighton Meester, admits Leighton Meester.
The onetime “Gossip Girl” regular married Adam Brody back in the spring, and promptly joined James Franco and Chris O’Dowd in a revival of the play based on John Steinbeck’s “Of Mice and Men” on Broadway.
“Changed my life,” Meester, 28, says.
The reviews weren’t bad either. Playing Curley’s wife, married to the boss’s son, it’s a role usually limited to sultry, teasing sexiness. But Meester brought “an impressive core of loneliness alongside her eroticism” to the role (Newsday), giving the character “flickers of softness and even warmth” (USA Today).
“Heartstrings,” her album of “moody” folk pop released in October, earned her comparisons to Fiona Apple, Jewel and Tori Amos in publications like Lithium Magazine.
“Music grabs you and becomes this dream you can’t let go of,” Meester says. “But not everybody who picks up an instrument is a rock star.”
The willowy beauty –a Fort Worth native who grew on Florida’s Marco Island — walked off with a couple of very funny scenes with He Who Cannot Be Comically Upstaged — Robert Downey, Jr. — in “The Judge.” Another piece of work that found its way to her.
“I don’t have much of a say about what I do,” Meester says. “When something comes my way, that’s when I get a choice. ‘Do I do this, or pass?’ I always have my eyes peeled for something I can relate to and if I’m lucky enough to love a part that I’m offered, I jump on it.
“But those choices are made by people making the offer, not by me. Those projects you get passionate about are few and far between.”

One of those projects that just sort of came her way is “Life Partners,” a new romantic comedy co-starring Gillian Jacobs, Gabourey Sidibe and Meester’s new husband, actor Adam Brody. Asking Meester about the roundabout way she came to the part — Kristen Bell, and then Evan Rachel Wood were supposed to take on the role of the personally and professionally aimless lesbian Sasha — just draws puzzled silence from Meester. Both Bell and Wood got pregnant and had to bow out. In any even, when the movie was pitched to both Meester and her mister, they jumped in.
“Sasha is very much like me, and I’m very much like her. I’ve been directionless, gotten stuck at a fork in the road more than once. ‘Where do I go from here? What do I do with my life?’ That’s Sasha.
“That co-dependent friendship thing, I’ve done that. Dating the wrong people? Done that. Not really pushing myself into the right career? Yup…
She’s sarcastic, honest, weird sense of humor, blurts stuff out and then tries to save the situation by spit balling some explanation, only to make it worse. Just like me.”
She’s also a musician, but Meester loved the fact that “Life Partners” suggests a musician who doesn’t have the passion to actually make that career work.
“Sasha is like the vast majority of people — dreaming of it, never going to get it. The select few make it and musicians are the most reluctant to give up that dream. Real life isn’t a romantic comedy, where dreams always come true. ‘Your dream is valid, and you can be a rock star because the record label saw your performance at that little cafe. You’re going to be rich and famous, at the top of the charts.!
“No. This movie is a lot more realistic than that.”
“Life Partners,” which goes into limited release Dec. 5, is about two friends — one gay, one straight (Jacobs) — and the man (Brody) who comes between them when the straight BFF falls for him. It’s a movie without the standard issue gay romantic tropes. Sasha is gay and looking for love, hitting the gay bars, doing Pride parades and the like. But there’s no drama of “coming out” to family or friends, no wrenching personal turmoil over figuring out who she is.
“Relationships are the same, with the same ups and downs — good choices, bad choices,” Meester says. “You could change her discussions about the women she’s dating to men and it would be the same. Some still live at home, some are really good looking but really young and not very sophisticated. Her sexuality is just another colorful aspect of her personality. But she’s not wondering who she is.” 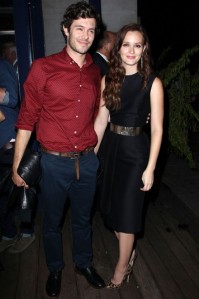 Meester doesn’t wonder who she is, though she always wonders what will come next. The work seems to be coming to her as it does to gorgeous young talents with a pop music career on the side. She has a couple of films in the can, a TV movie in the works, and a January musical residency at L.A.’s Hotel Cafe, and hopes to tour supporting “Heartstrings”, starting in February. But as with everything else, it’s not really up to her and she’s not in control of it.
“None of this was actually plotted out. And I guess it never will be.”