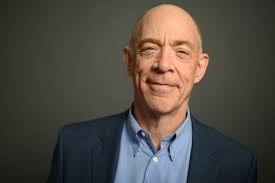 Best actress looks a lot like what we can expect the Best Actress Oscar race to look like — Julianne Moore (“Still Alice”), Reese Witherspoon (“Wild”), Rosamund Pike (“Gone Girl”) and Felicity Jones (“The Theory of Everything”) were selected.

But Jennifer Aniston shows up as a wild card there, for “Cake.”

The men’s field left out Ellar Coltrane of “Boyhood,” and Bill Murray for “St. Vincent” and gave it up for Eddie Redmayne (“The Theory of Everything”), Steve Carell (“Foxcatcher”), Jake Gyllenhaal (“Nightcrawler”) and Keaton and…

“The Imitation Game” is officially a player, with Benedict Cumberbatch becoming some sort of irresistible force among the the Cumberbitches in the acting ranks. He was nominated for TV’s “Sherlock” as well.

But Meryl Streep’s stellar turn as the witch in “Into the Woods” got a nod, as did Arquette (“Boyhood”), Stone (“Birdman”) and Naomi Watts, for her pregnant Russian hooker in “St. Vincent.” Robert Duvall (“The Judge”), Mark Ruffalo (“Foxcatcher”), Hawke, Norton and Simmons are the supporting actor field.

“The Grand Budapest Hotel” was nominated, as it should be, for “best ensemble,” where it will do battle with the “Birdman,””Imitation Game,” “Theory of Everything” and “Boyhood.”

None of this National Board of Review/Gotham Awards/New York Critics nonsense about “The Immigrant” or Marion Cotillard.

But then, Brendan Gleeson (“Calvary”), Michelle Monaghan (“Fort Bliss”) and a few other worthies I had faint hopes for failed to make the all-important SAG Cut, too.

All the nominations, TV included, are listed here.