Movie Review — “From Caligari to Hitler: German Cinema in the Age of the Masses 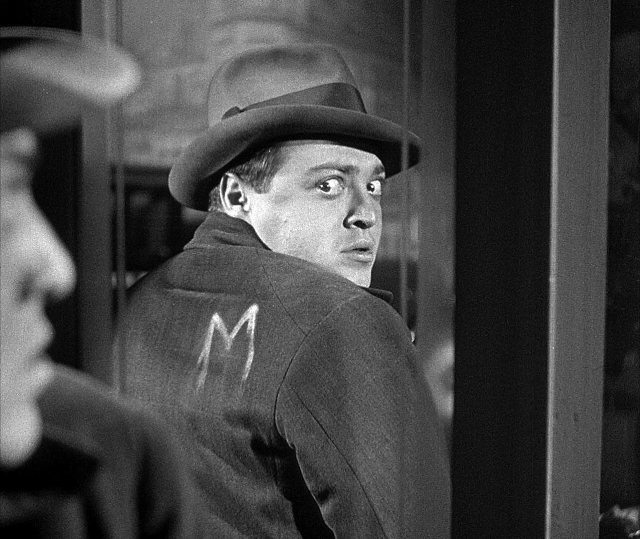 Any fan of cinema has to have a passing knowledge of the German movies of the Weimar Era. That’s the democratic respite between the autocratic horrors of Imperial Germany, broken by World War I, and the rise of National Socialism to power in 1933.

The arts flourished and German cinema from that era invented genres, pushed the limits of the silent and sound film art through Expressionism and — decades before the Italians were credited with inventing it — Neorealism. The thesis of the documentary “From Caligari to Hitler” is that perhaps this vibrant age of moviemaking predicted  the rise of the Nazis and by extension, Fascist art.

Filmmaker/narrator Rüdiger Suchsland, working from the writings of Weimer thinker and critic Siegfried Kracauer, digs deep into the culture and the movies and filmmakers of this Gilded and famously hedonistic, or at least permissive age.

So we revisit the famous and the lesser known movies of F. W. Murnau, G.W. Pabst, Ernst Lubitsch and Joseph Von Sternberg. We remember that long before he was the villain of “Casablanca,”  Conrad Veidt was the original somnambulist-puppet and murderer of “The Cabinet of Doctor Caligari.”

Marlene Dietrich is captured as her sexually voracious peak in “The Blue Angel,” Peter Lorre breaks out in German cinema with “M” and German society faces its hard reflection in the assorted movies about the criminal mastermind “Doctor Mabuse.”

Good documentaries like this one are a Film Appreciation/History of Film course unto themselves. And despite some clumsy subtitling of the German language narration, “From Caligari” makes you reach out — for online versions of Curt Siodmak’s “People on Sunday,” basically a French “New Wave” film (four young people flirting and heading to the seashore) made 25 years before the French got around to it.

Louise Brooks and Dietrich did their greatest work under the Weimar Republic, as did most of the filmmakers. And to a one, they fled the country when the armed oompah-music loving bumpkins seized power.

The films can be stunning in their art — achieving Expressionist effects straight out of “Inception” by tilting entire sets rather than digitally leaning buildings to and fro. But they’re also prophetic.

“Metropolis,” with its impersonal future city run by oligarchs, taken down by proletarians, “M,” the original Film Noir, we know these. Others are more obscure.

As Suchsland narrates, in the mid-20s German films were depicting stock market crashes and backlash against city elites, sentimental attachment to German mythology and the rise of the Alpine cinema that Leni Riefenstahl came to embody.

Remember, fascist art, as Susan Sontag taught us, reveres nature, physical beauty and the Motherland. The Weimar films predicted Hitler by showing up in the pop culture preceding his rise to power. Hitler, it can be inferred, tapped into something he saw German culture was already embracing, assisting his rise to power.

Most fascinating of all are the close readings of the “Doctor Mabuse” movies, celebrating a criminal elite, suggesting a day when the rule of law might be replaced by criminals writing the laws.

What IS the sick, twisted and above all Evil Doctor Mabuse writing in the sanitarium in Fritz Lang’s coda to the series, “The Testament of Doctor Mabuse?”The analogy is clear. It’s “Mein Kampf.” No wonder the Nazis banned it before Lang could release it. 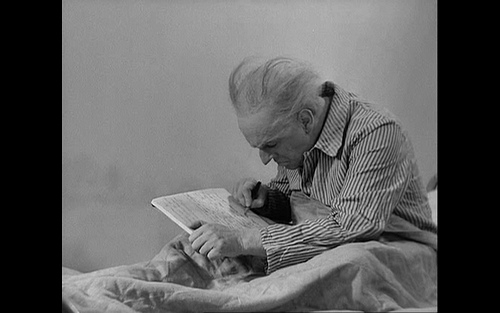 Movies are much better at reflecting their era than predicting the future. Hollywood’s “This time we win” Vietnam allegories of the Reagan presidency managed that, though you could say the crime films of the ’70s (“Dirty Harry”, “Death Wish”) predicted America’s turn to the right.

“From Caligari to Hitler” suggests that the most perfect example of an artistic, social and cultural synthesis coming together to warn the present and predict the future had to be Germany in the “Cabaret” era 1920s and 30s.

The film is on Netflix Streaming now.