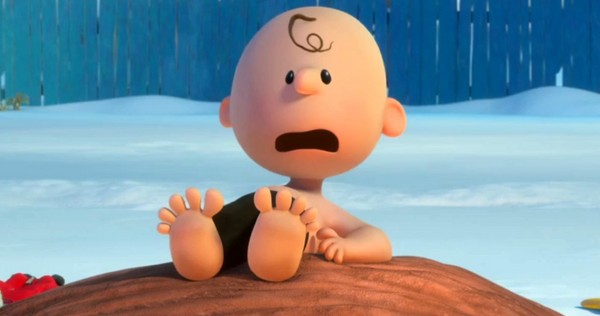 It’s all here. From the kite-eating tree to that football Lucy never lets him kick.

“The Peanuts Movie” is “Peanuts Greatest Hits.” The little profundities — “It’s the courage to continue that counts” — the swinging jazz stylings of Vince Guaraldi, the warm fuzzies, all carry over from the many “Peanuts” TV specials to the computer-animated 3D movie screen.

The Blue Sky (“Rio,””Ice Age”) filmmakers pay homage to the scribbly, DIY-looking original Charles M. Schulz comic strip and those 1960s TV specials with hand-drawn flashbacks and thought-balloons. And if they never achieve the sublime sentiment of “A Charlie Brown Christmas,” they still manage to make this timeless source material utterly charming.

Generations removed from the newspaper comic strip — or newspapers in general — and from the family gathering to watch oft-repeated TV specials, may wonder what the fuss is about. That lovable loser Charlie Brown still can’t fly a kite, still can’t pitch a one-two-three inning, still can’t screw up the guts to chat up that Little Redhaired Girl. His beagle steals his thunder at every turn. His “friends” take advantage of him and disparage him when they aren’t ignoring him.

But the bald kid with the yellow shirt with the black stripe keeps getting up, dusting off the dirt of the pitcher’s mound, and tries again.

The story here takes place over an entire school year — touching on the seasons that marked those long-ago TV specials. A new girl is in school. She doesn’t know Charlie Brown (voiced by Noah Schapp) or his tortured history. It’s his chance to start fresh,  make a great impression. But he stumbles, as always. The blockhead.

Snoopy, giving dance him dance lessons when he isn’t off fighting the Red Baron in sharply-animated dogfights in his Sopwith Camel doghouse, also has a love interest. 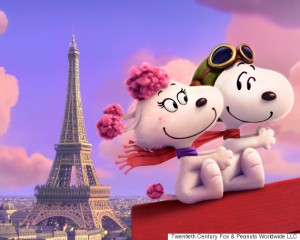 It’s more an exercise in adult nostalgia than a re-invigoration of a valuable animated “brand.” The sound effects (squawky adults) are the same, and the new voices closely resemble the old. Schulz’s darker, deeper touches never really made it into the TV specials, and certainly have no place in this cartoon for the very youngest viewers.

But the character’s EveryBoy humanity still shimmers through in “The Peanuts Movie,” especially when another line drive’s knocked the cap off that shiny, baldish noggin. Whatever children take from it, adults may find themselves choking up, just a bit, at the realization that you’re still a good man, Charlie Brown.